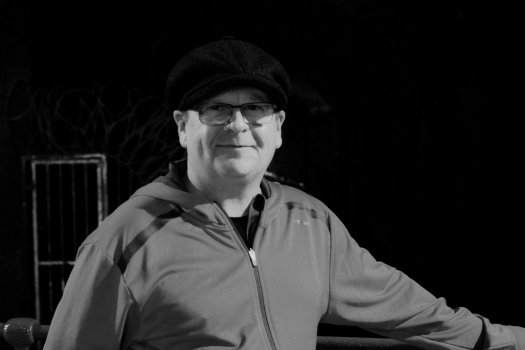 "I first met Mark when he came in to East Leeds FM where I produce and present a programme called Love The Words. On that occasion Mark read his ingenious and witty Tweet poems. Since then he's been a regular contributor to the show and it's been great to watch his emergence on the writing scene in Leeds as a presence and a personality. The ambition and scale of his writing has grown in parallel".
Peter Spafford

"When he reads his work - from memory - it is truly organic; just a man and his words."
Gill Lambert

Between 1st January 2013 and 31st December 2014, Mark posted 730 fictional Twitter Tales, one for each day, over 2 years. Many of these Twitter Tales have been published in anthologies, ezines and websites both in the UK and overseas. Mark also won various competitions and received prizes and commendations from literature festivals for his Twitter Fiction or 'Twiction'.

From 1st Janaury 2017, Mark will be tweeting a daily story again throughout the year.